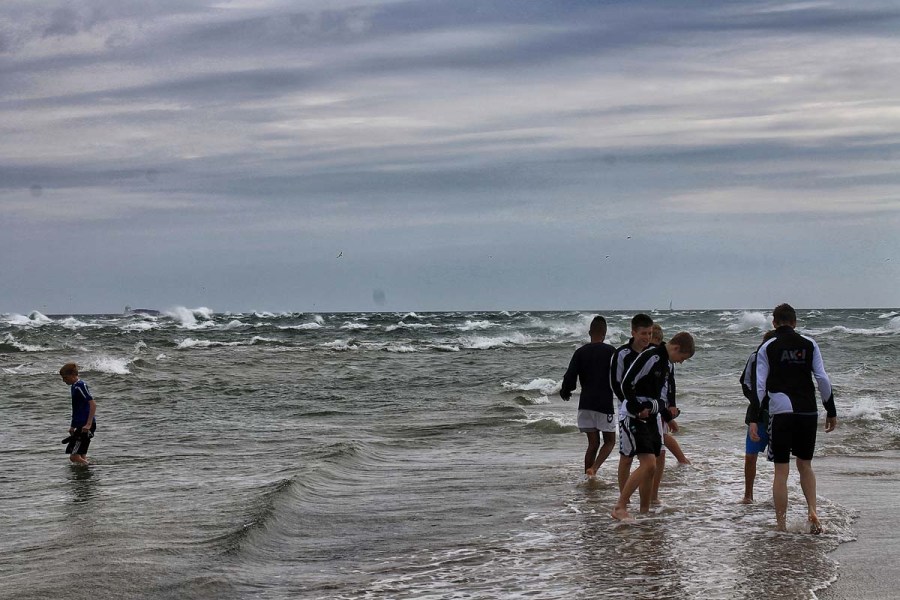 From one unique landscape to another… Not in Spain this time, but in Denmark, in a place called Grenen, the tip of the peninsula of Jutland.

So, what exactly is this Sand Worm? A picture says more than a thousand words…

After you have paid a small fee, you will be taken to the place where two seas meet: the Skaggerak (which is part of the North Sea) and the Kattegat sea. It’s a violent encounter between these two, with waves crashing into each other. The current is very strong here, hence it’s forbidden to swim.

The forces of nature have created a sandbar of about 4km long, which keeps on expanding (about 10m each year). It’s shaped like a curve and attracts about 2 million visitors on a yearly basis. This is actually one of the most popular destinations in Denmark.

If you love animals, there is another reason why you might consider paying Grenen a visit. This is one of the best spots in the country to observe birds and sea mammals, such as porpoises and common seals.

The Sand Worm has its own website with all the practical information you need, in three languages: Danish (obviously!), English, and German. This is the link to the English one.

And if you cannot get enough of Denmark, remember this?

This site uses Akismet to reduce spam. Learn how your comment data is processed.

Because of the pandemic, we have decided not to travel abroad during the rest of this year and the beginning of 2021. Instead, we have planned these trips and excursions: